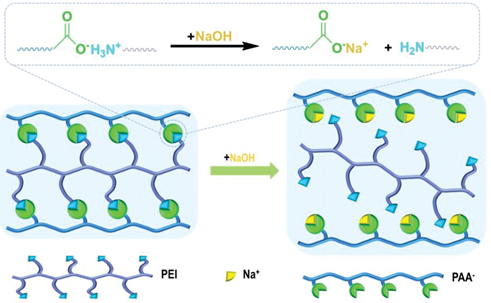 Prominent battery research has made great strides in advancing next-generation rechargeable batteries, which might use lithium-sulfur (Li-S) batteries, rather than the traditional Li-ion batteries commonly found in electric cars and mobile phones.

Researchers at Lawrence Berkeley National Laboratory (Berkeley Lab) have discovered a new type of polymer that can be used as a binder in a Li-S battery and allows valuable electrode materials to be recycled. Li-S batteries prepared with this new binder show great promise as higher energy density storage solutions, and these new recyclable material discoveries prove that Li-S batteries can contribute to the development of a future circular economy.

Researchers from Gao Liu’s Lab collaborated with Robert Kostecki’s Lab, both in Berkeley Lab’s Energy Storage & Distributed Resources Division. Together, they invented this new binder and evaluated it for a Li-S battery.

“As a recyclable material, this new polymer binder will help decrease the cost of Li-S batteries,” said Postdoctoral Researcher Xin He, who is in Kostecki’s Lab. “By lowering the cost and increasing the sustainability of Li-S batteries, we will be that much closer to making Li-S batteries commercially viable.”

Their findings were published in the Advanced Functional Materials Journal. Next steps include working to ensure long term stability of the Li-S battery by making the cycling process more stable with high capacity retention and long-term cycles. Liu and Kostecki’s research groups are collaborating to further improve the binder functionalities, making it commercially viable for Li-S batteries.